Blog.Fastssh.com — If you are looking for a way to access various websites that are blocked by the government such as Tumblr, you might need this one application. In fact, the benefits of the Howdy VPN app don’t stop there. Anything? Find out more by reading this article. This article will discuss in full and briefly How to Create and Use Howdy VPN for Gaming and Anything.

Virtual Private Network or VPN is a connection that connects various networks on the internet for a certain area. By using a VPN, your identity will be protected and also prevented from being blocked.

In addition, other benefits of a VPN are being able to enjoy fast connections from foreign servers, access blocked internet, watch movies, and provide security in using public Wi-Fi.

What is Howdy VPN?

Howdy VPN is a new kind of VPN protocol specially made for android smartphone users with multi functions. Besides using Howdy VPN to open all blocked sites, you can also use it for online games, downloading, browsing, streaming, Free Internet Tricks at high speed.

Howdy VPN using an SSL connection to secure connection between client and server by using an account from howdy.id – this app is still in beta release please report if you find any bugs.

How to Create and Use Howdy VPN for Gaming and Anything

In order to use Howdy VPN properly, you will need the steps we will describe in detail.

The first thing you have to do is download the Howdy VPN application on the Google Play Store. 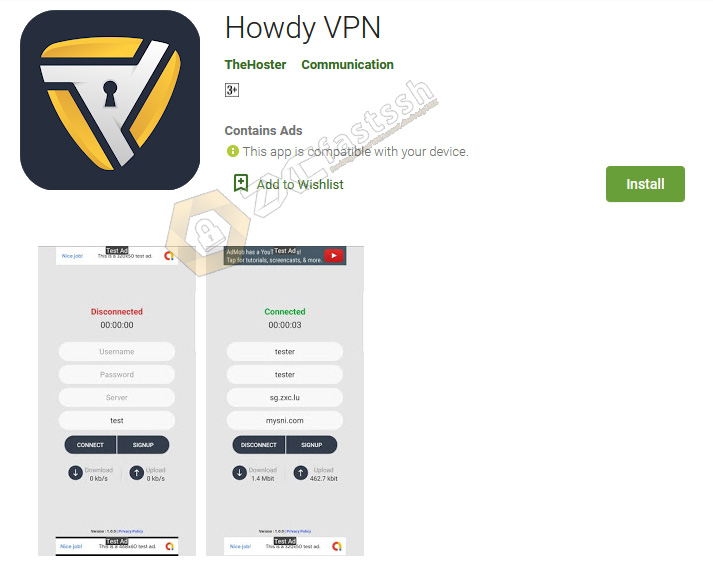 Search the Google Play Store “Howdy VPN” or you can also via the link below:

You will be presented with 2 Howdy VPN choices, namely VPN Regular and VPN Game.

You can use Regular VPN for everything without any speed restrictions, while VPN Game is only intended for games and cannot be used for anything else so that the VPN gets good ping latency.

We will give an example of creating a VPN Regular account.

You will again be faced with several Howdy VPN server choices from various countries.

Use Page Number to view all Howdy VPN servers.

Please specify that you will create a Howdy VPN server account according to your needs.

As an example, we will create a Howdy VPN server Singapore VPN 1 account. 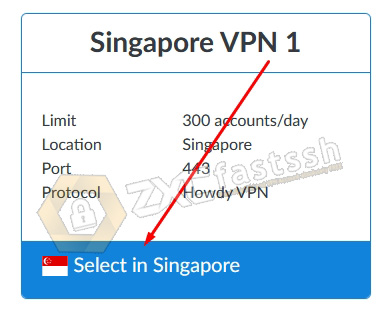 Insert your username and password. Then on the SNI / Bug Host Form you can fill in according to your free internet trick needs. Our example here uses SNI / Bug Host m.instagram.com because it will change the Instagram quota package to become the main quota. 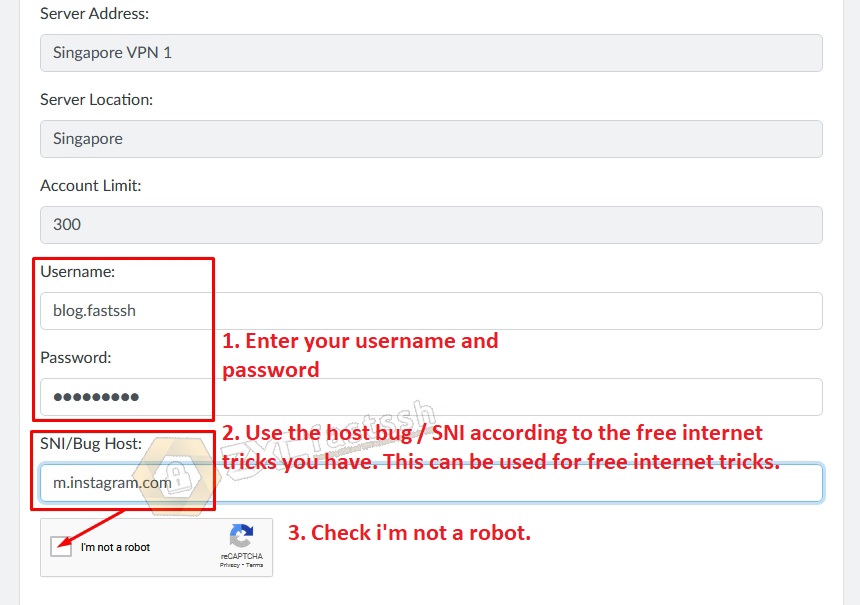 Scroll down a little and then click or tap the Create button.

The tutorial for creating a Howdy VPN account is complete. Now we go to the next step of the tutorial. 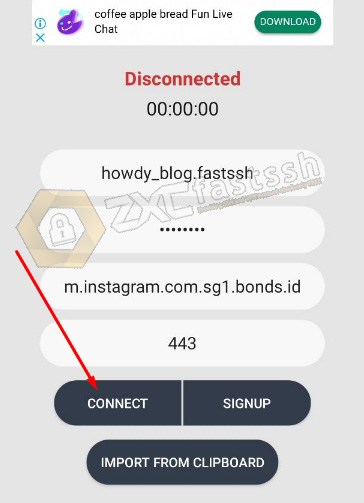 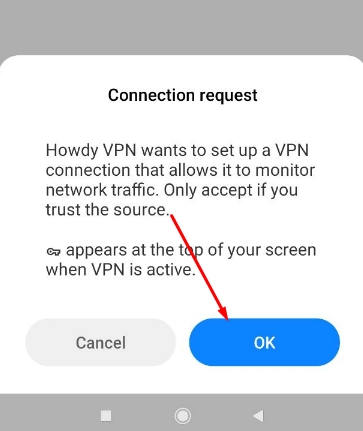 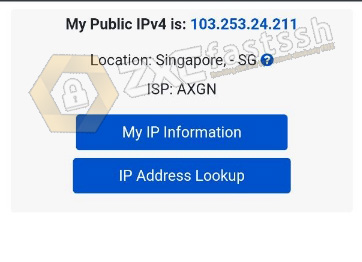 You have successfully used Howdy VPN. The tutorial is complete.

If the Howdy VPN application has problems such as force close or disappearing from the background while you are using, then try setting:

1. Open Settings on your android then tap Battery and Performance.

3. Type and search for “Howdy VPN” then tap it.

4. Select and Tap “No restrictions“. 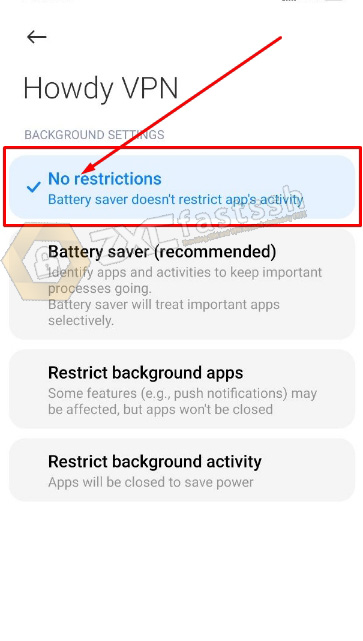 In the way above, the problem with your Howdy VPN application should be resolved.

By using Howdy VPN you can do many things, for example use it to play online games, browse without problems, sites will be blocked, hide your real IP, download, stream and you can also use them for free internet tricks.