Blog.FastSSH.com — This article will explain to you How to Use SSH Over Websocket CDN For Free Internet. Please refer to this article until it’s finished and make sure nothing has been missed step by step.

Free internet tricks sometimes require several methods to work properly. One of them is by using the SSH trick that supports the Cloudflare CDN Websocket (Reverse Proxy) which we will discuss this time.

How to Use SSH Over Websocket CDN For Free Internet

You need to know that SSH that supports Websocket is different from other SSH. Because you can replace this SSH Host Server from SSH with SNI (Bug Host).

To create a SSH Cloudflare CDN Over Websocket (Reverse Proxy) account, you can create one on the FastSSH.com site.

Select the SSH server you want to use. 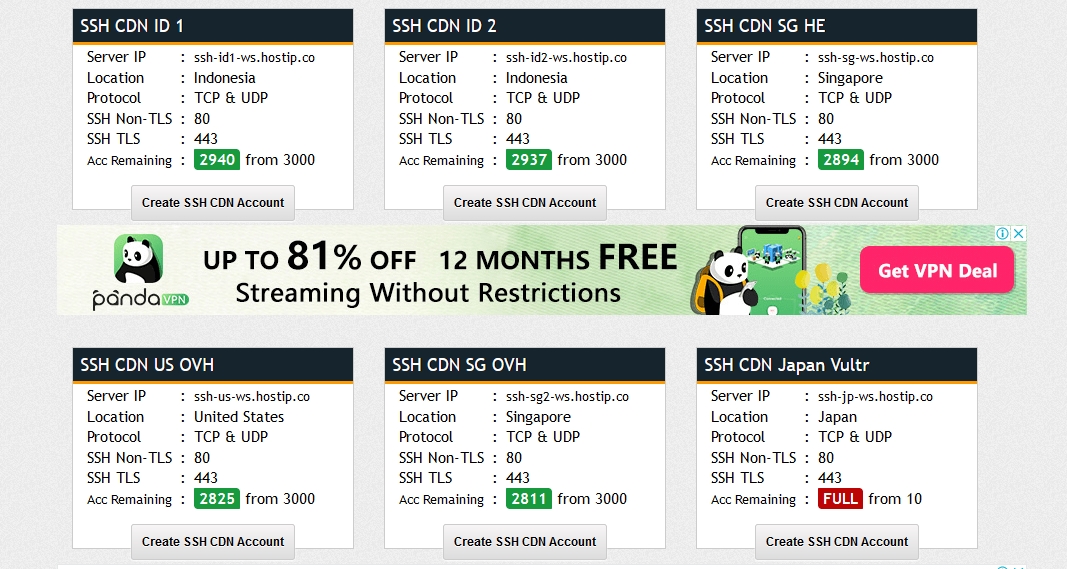 Pay attention to the SSH port. Port 80 is used for Non-TLS SSH while port 443 is for SSH TLS. 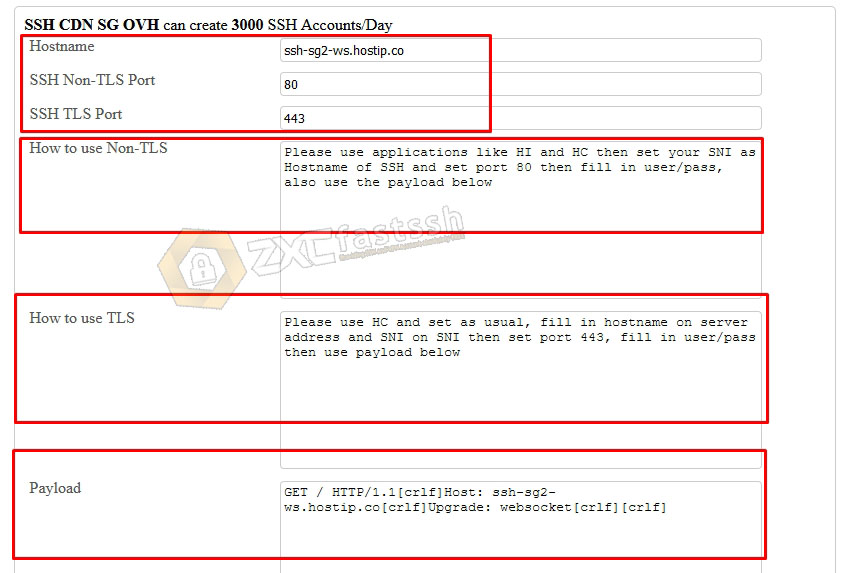 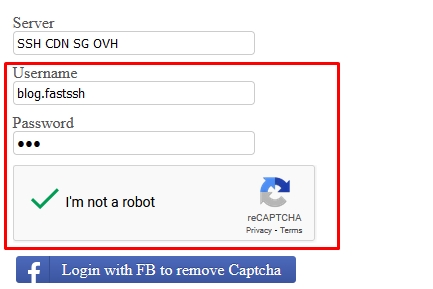 Wait a few seconds and your SSH account will appear. 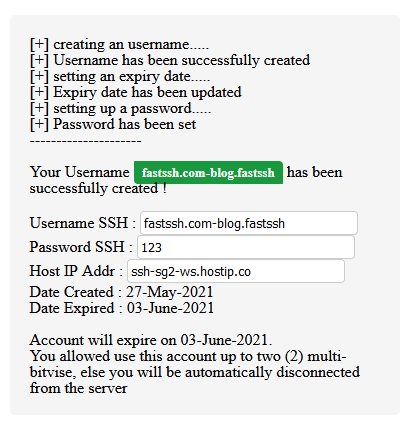 The tutorial for creating an SSH account is complete.

In this tutorial, we use the HTTP Custom application as a tool. You can download it on the Google Play Store. Or you can via the following link:

Install the application to completion. Now we go to the tutorial on how to set it up.

1. How to Use SSH Over Websocket CDN Non-TLS

As we explained above, we can use SSH CDN Non-TLS and TLS. Now we will give you how to set the Non-TLS version first.

Open the HTTP Custom application that you downloaded above then set it as in the following tutorial.

Tap the three lines on the HTTP Custom application. Follow the arrows in the following image: 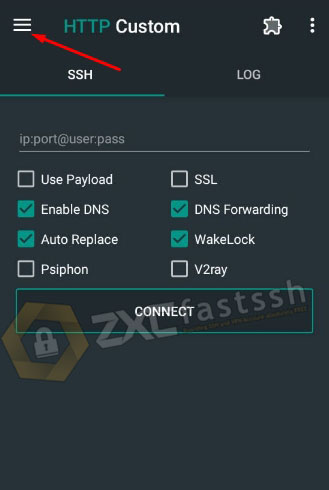 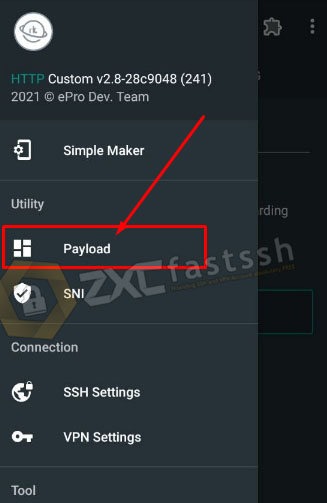 Then for the remote proxy form, fill in the SNI Host Bug that you will use. The format is:

See an example of the following image: 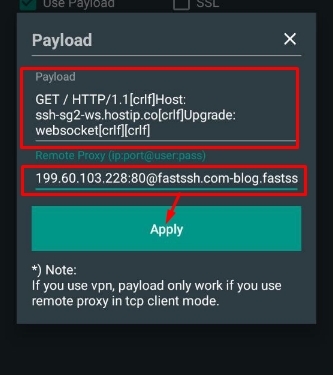 In certain cases, you can also empty the Remote Proxy form, as shown below: 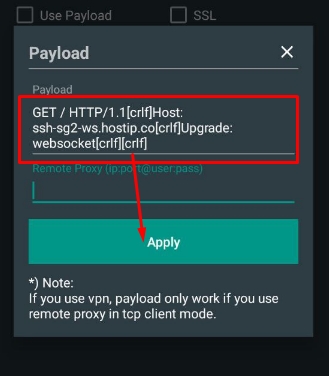 After that click Apply. Then you will return to the Home menu in the HTTP Custom application. On the Home menu, you fill in the SSH Account account by replacing the SSH Host with the SNI Host Bug. Don’t forget port 80 for Non-TLS. Finally click CONNECT. 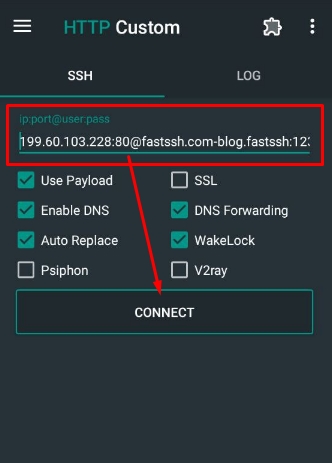 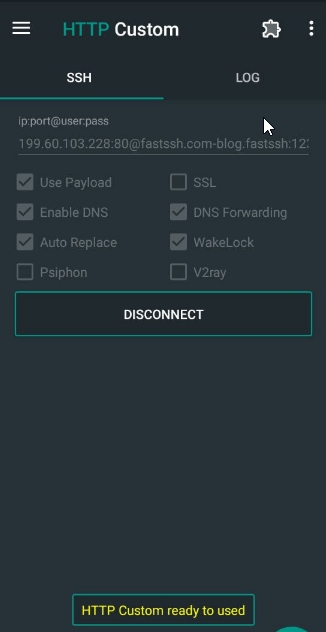 The tutorial SSH Non-TLS is complete.

2. How to Use SSH Over Websocket CDN TLS

This second trick is almost the same way. It’s just that it uses SSH TLS. The SSH account used is the same. The difference between the SSH account lies in the port only. If the above uses SSH Non-TLS uses Port 80, for SSH TLS uses port 443. 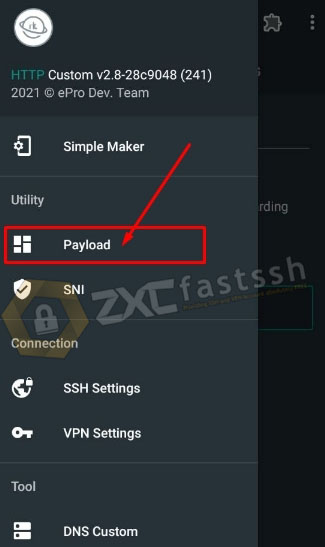 Then on the SNI form fill in the SSH Host Server that you are using. 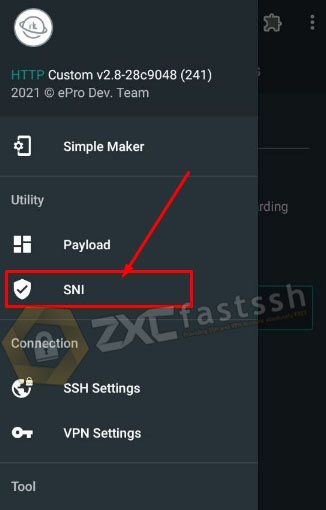 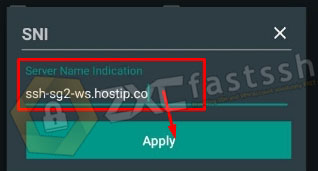 Tap Apply. Then go back to the HTTP Custom Home menu. On the Home menu, you fill in the SSH Account account by replacing the SSH Host with the SNI Host Bug. Don’t forget port 443 for TLS. Finally click CONNECT. 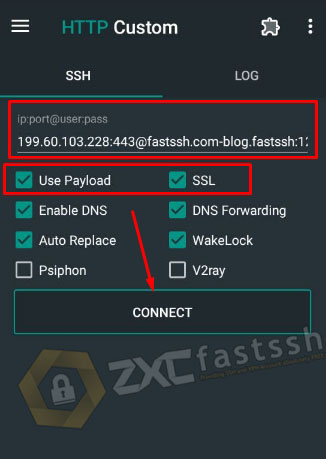 In certain cases you can also uncheck the payload. So you only use SSL only.

This is a new method for free internet tricks. You can try it in your respective area. If you have followed the tutorial correctly, it is likely that your region or country does not support this method.